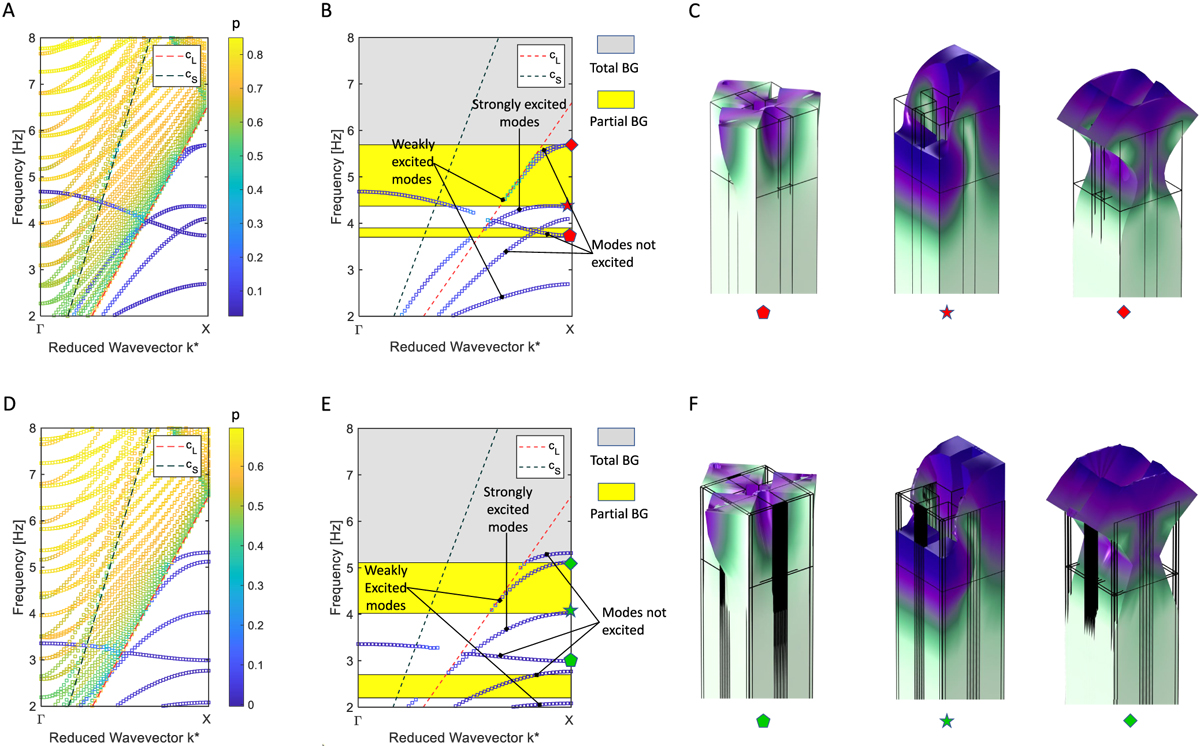 Dispersion diagrams II − free/half-space assumption. Row dispersion diagrams deriving from the Bloch-Floquet calculations for the (A) ordinary and (D) hierarchical large-scale metamaterial, under the hypothesis of free boundary condition applied to the top surface of the unit cell and semi-infinite half-space modeled through 8λ-long soil-like domain + a 2λ-long PML region on the bottom surface of the unit cell. Curves are color-coded allowing to highlight modes localized at the surface (p ≤ 0.3) and those radiating in the bulk (p > 0.3). (B, E) Dispersion diagrams reporting only the modes localized at the surface for the dispersion diagrams reported in (A) and (D), respectively. Total and partial BGs are reported as grey and yellow rectangles, respectively. (C, F) Mode shapes with large vertical components predominantly out-of-plane, in-plane and mixed polarization are indicated with corresponding symbols in the (B, E) band diagrams.