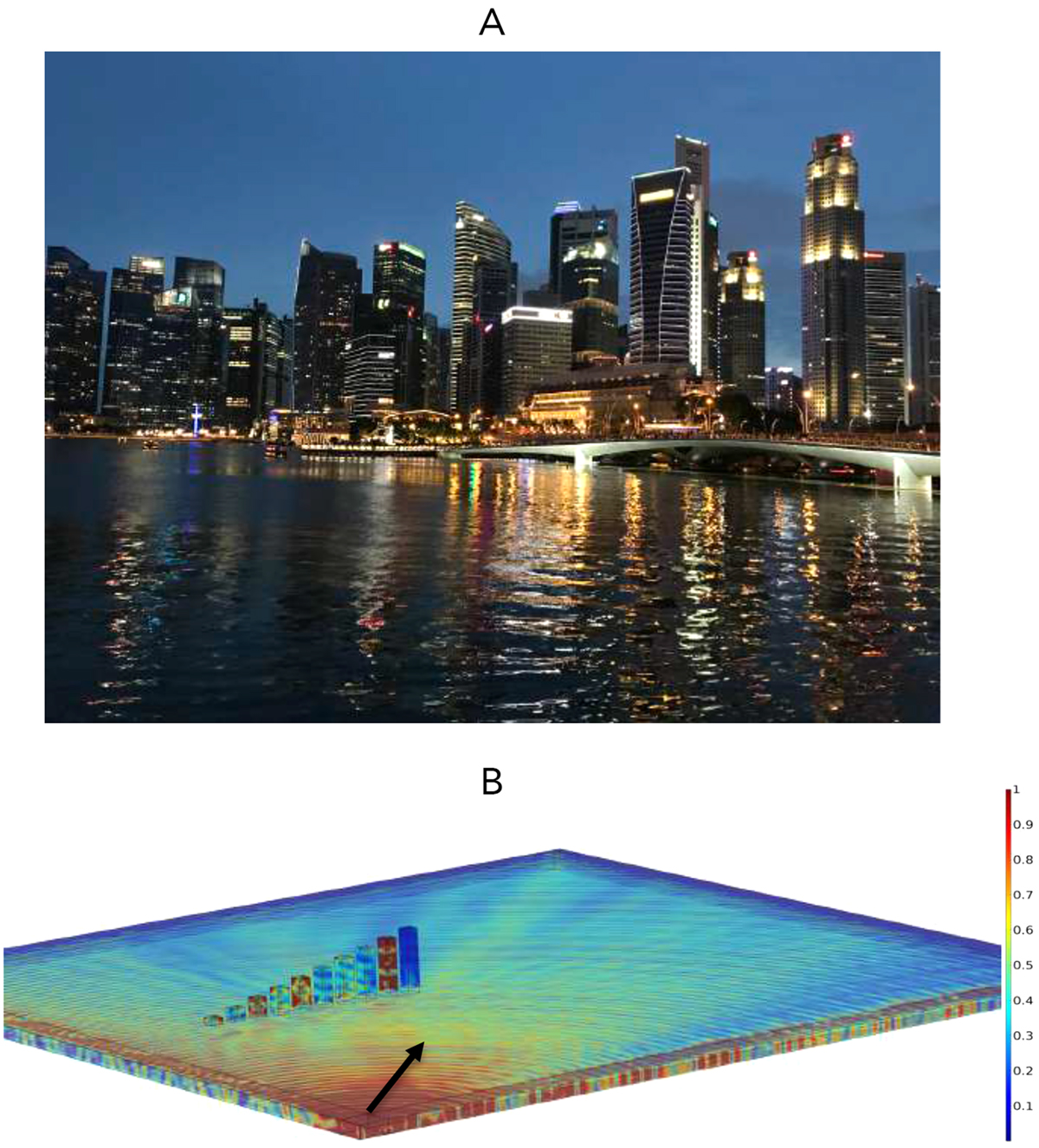 Site-city interaction and the rainbow effect: photo (A) of the waterfront in Singapore (courtesy of B. Ungureanu) and COMSOL simulation (B) of a compressional seismic wave, generated by a pulsating point force (of typical frequency 50 Hz) oriented as shown by black arrow, propagating in a concrete plate 40 m in thickness. This body P-wave interacts with a cluster of concrete buildings 20 m × 20 m in cross-section of increasing heights (from 10 to 100 m, by increments of 10 m) with centre to centre spacing of 40 m. The cluster is reminiscent of an elastic meta-wedge [2] inspired by trapped rainbow storage of light in graded metamaterials [3]. In light of the seminal work by Guéguen et al. [4], we know that the high storey buildings in the background in (A) can be viewed as a metacity which could display metamaterial-like locally resonant features when a seismic wave propagates through it [5]. An elastic rainbow [2] effect could occur, which would filter the seismic wave frequencies in resonance with some buildings, as can be seen in the third, fifth and ninth buildings of the cluster in (B), reading from the smallest to the tallest building.